Prepare for Trouble, and make it an extra-notable Double! It is time yet again for a “Celebrate” edition of Double Trouble! Today is not a writer’s birthday. But it is the birthday of a content creator on this site whom we all owe its existence to. The mastermind behind PUCL, our very own Trainer Thatch, is celebrating his birthday today (and he’s also precisely 11 months older than me to the day – the things you learn doing research for articles!).

As is customary for these special editions of Double Trouble I asked Trainer Thatch what some of his favorite Pokémon were to examine in the context of the VGC, in celebration of his dedication and contributions to PUCL. His picks were Dragonite, Elective, and, of course, Feraligatr.

Dragonite, the Original Dragon, was Thatch’s first choice. And in a format saturated for years with hyper-aggressive Dragon types such as Salamence, Hydreigon, Latios, and Garchomp that have all been extremely prevalent and successful forces in the VGC year after year even with the format rules changing every year and even with the introduction of Fairy types to combat them, the bulkier-but-slower Dragonite has not seen nearly the same level of success.  Even so, although he lacks a parading presence in the VGC, Dragonite has had a place in the VGC over the years. It may have never been on an especially successful team at any major event, but Dragonite has seen Top Cuts at tournaments before and can carry its own hefty weight as part of the correct team with a number of niches unique to it to fill in the VGC. 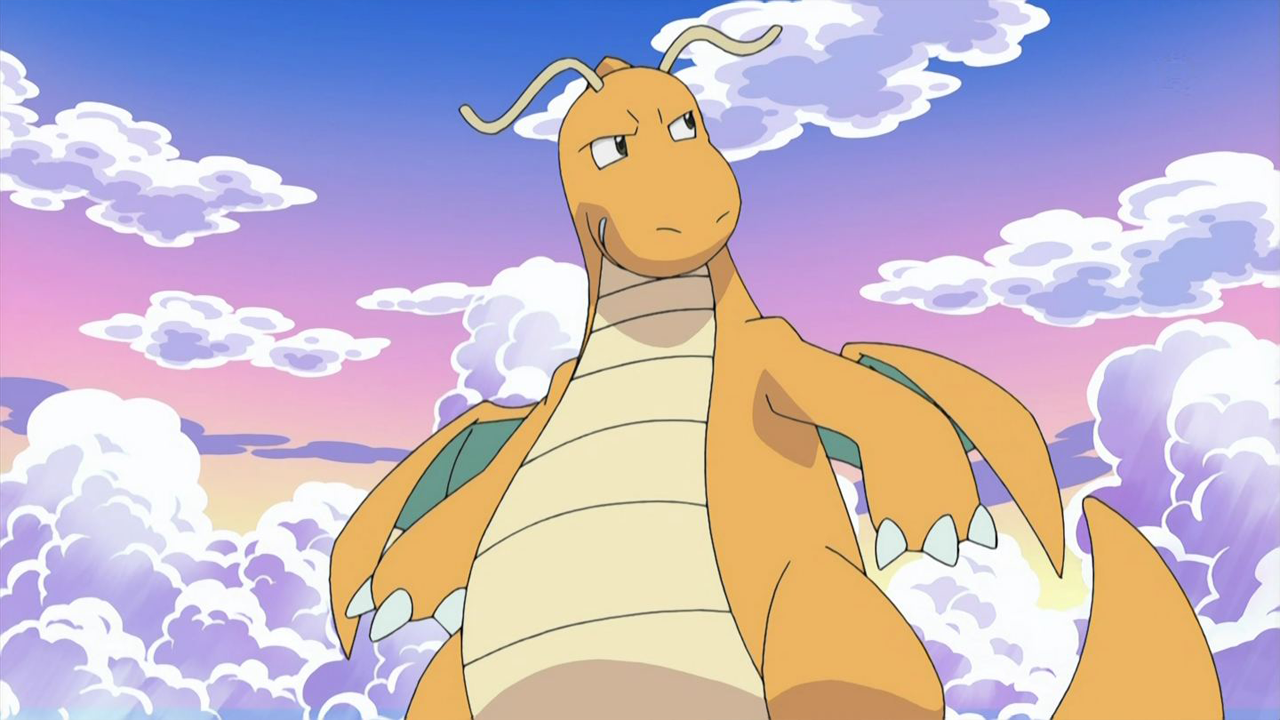 For those better versed in a singles format than the VGC, Dragonite hit the jackpot and a new lease on life when it received Multiscale as its Hidden Ability, which as of Gen VI pairs excellently with the new Weakness Policy item. Even better news: hazards are extremely rare in the VGC so one need not worry about Stealth Rock preemptively ruining the combination. But Dragonite’s normal ability, Inner Focus, while largely considered useless in singles has a LOT of utility in the VGC and so Dragonite’s ability is not nearly as much of a de facto as it may be in other formats. Dragonite also has a notable VGC niche for possessing both of Thunder and Hurricane in its movepool – a combination frustratingly rare, as anyone who has built a rain team or two can tell you. Although its Special Attack is weaker than its physical Attack stat, with all the Intimidate and Burn spamming in the VGC, a Special Attacking Dragonite is definitely of merit in the VGC, and with that STAB Hurricane and access to Thunder, it can be an interesting choice for a Rain team. And with both of its abilities having utility for Dragonite in the VGC, combined with its bulk, Dragonite can also make a very viable support Pokémon for a team. With so many unique trait combinations on the Original Dragon, Dragonite can be both unpredictable and unexpected since so many other Dragon types are seen so often.

With that all in mind, if one is interested in using Dragonite in the VGC, it should come as no surprise that given Dragonite’s versatility, knowing what you want it to accomplish ahead of time is a necessity for it to justify a team slot and perform well. Multiscale and Inner Focus are both really useful for Dragonite whether it is going down the road of an attacker or a more supportive role (the Weakness Policy idea obviously only works with Multiscale, though). With access to Tailwind, Icy Wind, AND Thunder Wave just for Speed Control (it has other support moves, too), having Inner Focus to guarantee you can alter the turn order as you like without fear of Fake Out and other flinches is fantastic (Fake Out also ruins the Multiscale), whereas attackers need to assess if they rely on a Weakness Policy or not and what attacks Multiscale allows Dragonite to survive that it otherwise would not. And as is typical of the 600 BST “pseudo-legendaries”, Dragonite has a phenomenal movepool allowing it to go either physical or special for its attacks. For being such an infrequently used Pokémon in the VGC, Dragonite has enough going for it unique to it that is definitely worth looking over.

BACK IN FOURTH GEN, Electivire. We’ve all heard Thatch mention Gen IV and Elective on the podcast on more than one occasion. And back in Gen IV, retrospectively almost like an icon for the era, Electivire was very famous for being paired with Gyarados in particular but also any Pokémon that attracts Electric type attacks to switch Electivire in on to get a Motor Drive boost. Using Electivire for this purpose today is out of date with newer Pokémon taking up the strategy to better effect, typically with Lightning Rod instead of Motor Drive, but BACK IN FOURTH GEN, Electivire was the face of the strategy. Elective has not seen any real VGC use, but it does bring up some interesting aspects about the VGC.

For anyone determined to use Motor Drive (which people see coming a mile away), because the strategy of luring in Electric attacks to activate the ability is so well-established it can sometimes be difficult to actually make happen. But through the magic of having two Pokémon out at once, this no longer becomes an issue; you can activate Motor Drive yourself. Since you can target Elective with your own Electric attacks from a teammate, it does not have to matter whether your opponent is carrying any Electric moves or not to try and jump in front of to get your Motor Drive boost. And with Discharge being a spread move, you can even attack your opponents in the same turn.

While I normally discuss how a Pokémon would be set up to be used in the VGC in these articles, because Electivire is really unlikely to see use since its Gen IV schtick has now been upgraded in other Pokémon, I instead want to talk about the differences between Motor Drive and Lightning Rod in the VGC – the latter being part of the reason why Motor Drive is so underwhelming in the VGC format (the other part being how many options there are for speed control making the boost a lot of unnecessary effort). The biggest difference between Lightning Rod and Motor Drive in doubles is Lightning Rod will redirect attacks to the Pokémon with it whereas Motor Drive will not. Redirection can be an incredibly potent tool in the VGC to cover a teammates weaknesses. Manetric, which gets the incredibly useful Intimidate ability upon Mega Evolving, will often postpone Mega Evolution in a VGC battle because of the utility Lightning Rod can provide to a team. This is perhaps the biggest reason why Motor Drive is virtually never seen at this point. That, and Mega Sceptile offers better attack type diversity than using an Electric attack on your Electric type which would get STAB on more Electric type attacks. But while Lightning Rod is the new standard, Motor Drive Electivire definitely had its moment to shine in Pokémon history, so pay credit to its history.

I always save the favorite for last. If you listen to the podcast at all, you already know how strong Thatch’s love for Feraligatr, his favorite Pokémon, is. And you also already know by now that it received a shiny new toy in the form of finally receiving its much-desired Hidden Ability, Sheer Force. But how does Feraligatr pan out in the VGC?

Prior to receiving Sheer Force so recently, Feraligatr was essentially an non-entity in the VGC. It does not help that Water is the most common type in Pokémon, as so like the oceans  themselves, good Water type options for a team are vast. And that means that even with Sheer Force, Feraligatr still has a lot of strong competition for a team spot in the VGC. Just narrowing it down to physical attacking Water types, Feraligatr is competing with Azumarill, (Mega/) Gyarados, Mega Swampert who all have dual typings, and by extension, dual STABs to use. Azumarill has priority set-up and horrifyingly powerful potential in setting up a Belly Drum in conjuction with a Sitrus Berry. (Mega) Gyarados is a surprisingly versatile Pokémon that automatically provides support to teams with Intimidate and easier to set up with Dragon Dance. Mega Swampert would be the go-to for Rain teams, of course.

Feraligatr is not outclassed entirely though. If for some specific reason you did not want Intimidate (fear of Defiant) and did not want to rely on setting up, and were not running a Rain team, and were still looking for a physical Water type, Feraligatr could be your ‘mon. There are hypothetically teams for which Feraligatr is the best possible choice since its mono-typing does set it apart. And Feraligatr is definitely visible on the ladder currently since it is so new and people simply want to play with for the time being. But unfortunately, like Serperior before it, it is unlikely – but not impossible – for Feraligatr to see any major success or use in the VGC. Still, it isn’t impossible, and Totodile is adorable!

That’s all this week, PUCL! Wish the incomparable Trainer Thatch a happy birthday when you get the chance!