Prepare for trouble, PUCL! And make it… you know how it goes. MOVING ON.

So Hyper Training just got announced, which, assuming it can be done infinitely and on all Pokémon, will eliminate the final barrier of entry for playing in the VGC in a lot of ways, come Gen VII; wonderful. Power to the people!

Meanwhile, back here in Gen VI and the VGC 16 format, we do not yet have that luxury, and we will not be playing a new VGC format at least until the start of next year. And if you want to play in this VGC format, you pretty much need Legendary Pokémon. Two at the very least to fill in your restricted slots.

Because the Pentagon rule is still in place, that means you have to get your Legendary Pokémon from Gen VI games, and, since they you cannot breed Legendaries for 5 perfect IVs you have to soft reset for them. YES, soft resetting to get good IVs can be very time-consuming. But how you go about doing it will determine whether it is as quick and painless a process as possible or, conversely, if you are dragging the process out longer than a stall war. So whether you are trying to get that 0 Speed IV Brave Groudon for your Trick Room team, or you just REALLY want a viable <insert your favorite Legendary here> to have for yourself, here are some tips for soft resetting with efficiency.

LEAD WITH A FAINTED SYNCHRONIZER

I imagine the mechanics are Synchronize are well known to most. But in case there are any readers that do not it, basically if the Pokémon in the first slot on your team (the top left, just to be clear) has the ability Synchronize, whether it is fainted or not, there is a 50% chance that a Pokémon you encounter will have the same ability as well. With all the natures there are, getting the one you want half the time will save YOU a lot of time.

Also, because pretty much everyone can at LEAST put in the effort to get their desired nature without soft resetting for stats, one of the most valuable tools any every trainer should have is a Box in their PC full of Synchonize Pokémon of a variety of natures. It is well worth the time investment and once you have it, you never have to make it again. This is truer than ever thanks to PokéBank. If you do not have this yet, go out and spend a couple of hours breeding Ralts or some other Pokémon with Synchronize. In the long run, you will be glad you did.

DO NOT USE FALSE SWIPE

IT’S A TRAP! But alas, this is a trap people new to soft resetting fall into because False Swipe is so blatantly advertised as the move to use to capture Pokemon. Unless the Legendary you are soft resetting for is capable of healing (and arguably even if it does), not only do you not need False Swipe, if it is what you use to get a Pokémon down to 1 HP, you are making the soft resetting process longer instead of shorter. This is because you are going to waste a lot of time catching Legendaries with a less than perfect HP IV. Needlessly.

USE FINAL GAMBIT INSTEAD

It has way less distribution than False Swipe and is not available as a TM, but raising a Pokémon with Final Gambit for the purpose of soft resetting for Legendaries will save you a lot of time in the long run. For those unfamiliar, because it is not an especially common move, Final Gambit KOs the Pokémon using it and deals damage to the opposing Pokémon equal to your Pokémon’s remaining HP. 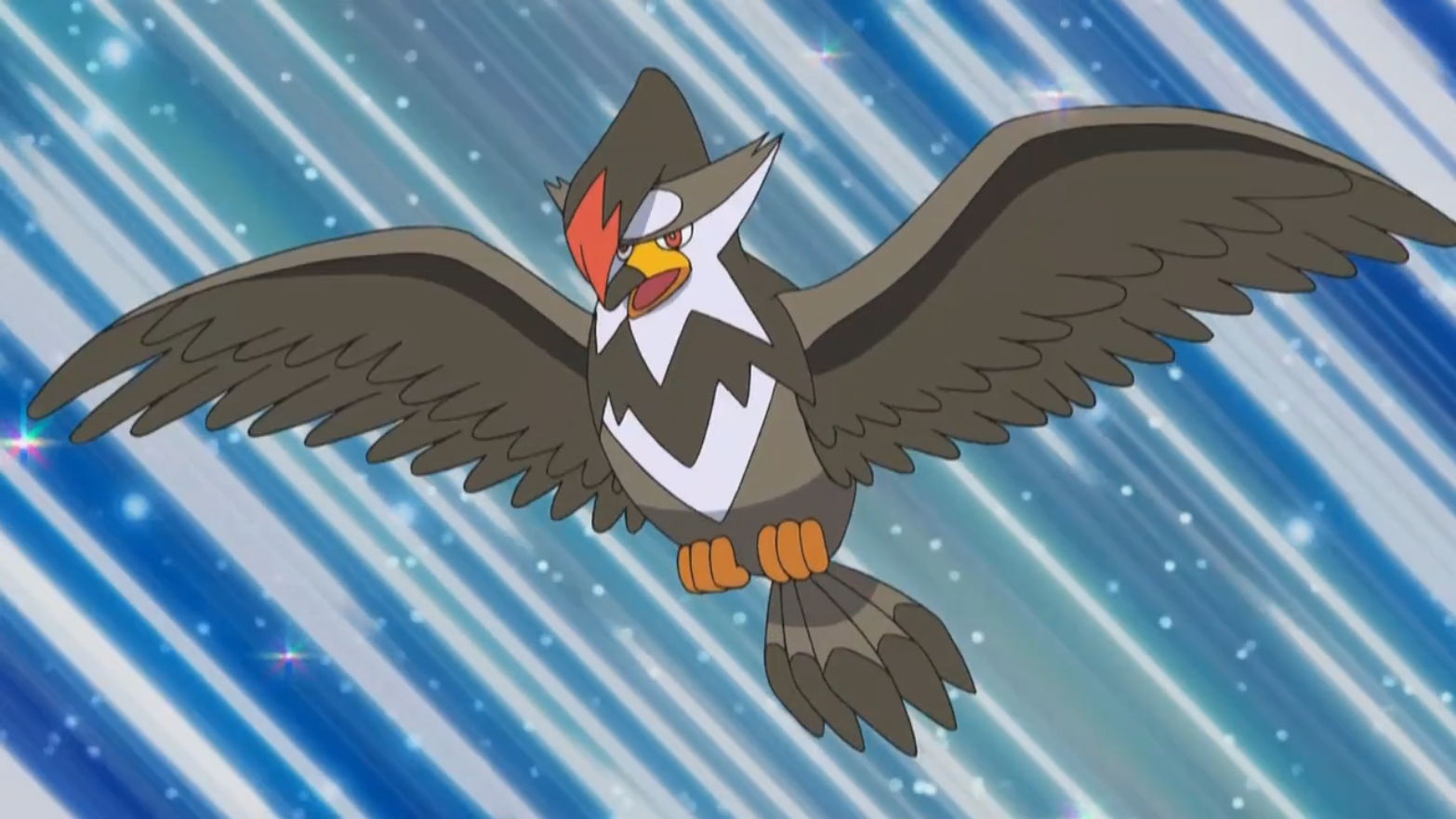 Also, because Final Gambit is a Fighting Type attack, if ever you intend to soft reset for Giratina (and eventually Lunaala also) then your Final Gambit attacker is going to have to know Foresight as well. Personally, I use a Staraptor as my Final Gambit user for soft resetting for Legendaries because it can learn both Final Gambit and Foresight. It also has the advantage of Intimidating your prey so Legendary Pokémon will not hit as hard with physical attacks while you are trying to catch them.

Once you have confirmed your target has a perfect HP IV with Final Gambit, you need to check if it has a perfect Speed IV as well. There is not a specific move you need to use in order to do this. Instead, you need to confirm what your target’s Speed stat will be with a perfect Speed IV (factoring in the nature you want) and bring a Pokémon with a Speed stat exactly one point lower than that. Obviously it needs to use a non-damaging move since Final Gambit should have brought your target down to 1 HP. But once you have your Speed checker out, if it goes second, you are free to proceed. If it went first, soft reset now and know that you are saving time by not catching a Legendary Pokémon with a subpar Speed IV.

If you are trying to catch a Legendary to utilize with Trick Room, you are going to want it to have the lowest speed possible instead of a perfect Speed IV. In this instance, see what its lowest possible Speed stat is and bring a Pokémon with a speed stat just 1 point higher. It is also worth noting that if you are playing in the VGC, the Speed IV does not necessarily have to be zero to give you the lowest number possible – especially since the format occurs at level 50. For example, a Cresselia with a Speed reducing nature can have a Speed IV value of  0-3 and will still have the same Speed stat of 81. Keep this in mind if using the IV checker and he does not indicate your Speed IV could not be lower.

PUT THEM TO SLEEP

After you have confirmed that your target has perfect IVs in both HP and Speed, as soon as you inflict a status condition on your target you are free to lob more Pokeballs at it than a Pokémon Go player with terrible aim. Sleep is the best status condition for capturing Pokémon, doubling your chance of success. And a higher chance of capture means less time throwing Pokeballs. Always use sleep.

Why isn’t Pikachu asleep yet?

It does not HAVE to be a Pokémon with Spore, either. Less accurate moves like Sleep Powder and Hypnosis can easily be fixed up by spending a couple of turns using X Accuracy. Because you are going to have to repeatedly put your target back to sleep every time it wakes up, it helps if you use something bulky to put your target to Sleep, as every time your target wakes up it will get to use a move.

Also, if for whatever reason you are not going to inflict Sleep, utilize Paralysis. For a couple of Legendaries I do find Paralysis the way to go.

That way your capture will be in your party immediately for you to check its stats and nature. It saves you a good deal of time in the long run to not have to return to a PC every time you capture a Legendary just to see it had the wrong nature. Sometimes Legendary Pokémon may make this very challenging, however. Looking at you, Palkia and Dialga.

-While The Capture O-Power cannot be used every single time you soft reset, it can still save time when it is available by increasing your chance of capture. Remember to use it.

-Always KO Kyogre and Groudon when doing the story. You can come back for them after finishing the game and NOT have to sit through a super long cut scene. Plus, you will now have the IV checker available to you.

-For Pokémon that can heal themselves, such as Groudon, Palkia, and Virizion, bring a Pokémon with Heal Block. And reapply it every 5 turns like Clockwork

-Shedinja is immune to everything Kyogre throws at it, and knows Heal Bell to prevent Aqua Ring healing. Just throwing that out there.

-Sometimes your items, not just your Pokémon, are what save the day. I cannot tell you how many times Sleep Powder has run out of PP while trying to catch Legendary Pokémon. Having a supply of Leppa Berries on hand has been super useful. And do not be one of those trainers who does not bring enough Pokeballs with you.

EVEN WITH ALL THIS, IT CAN TAKE A LOT OF TIME

Before the capture, you are able to confirm two stats. And that is awesome. It saves you a lot of time that would otherwise be spent catching Legendaries with less than perfect HP and Speed which you would have had to soft reset over anyway. But if you are aiming for five perfect stats (or at least near perfect), you are still going to have to soft reset a lot.

You can’t soft reset without patience

Also, for some people, myself included, near-perfect is perfect enough. If I catch something that does not have 5 perfect IVs but it does have the three most important ones perfect with the other two at 27 or above, I will usually take it.

Until next time, PUCL, SublimeManic is blasting off again!