Prepare for double, PUCL, and, as always, make it Double! It’s time yet again for another installment of Double Trouble.

Last year, precisely one year ago on Christmas Eve, I talked about Hail in the VGC. And pondering on what to write about for this year’s holiday season having already covered Hail, I thought, “Why not Ice types? Ice types never get enough love.”

And they really don’t. Oh suuuuure, we love our Ice Beams and our Ice Punches for coverage on our other Pokémon, but Ice type Pokémon themselves? It usually means tacking on a bunch of extra weaknesses to a Pokémon in exchange for just a single resistance to the Ice type, itself, which there are better ways to acquire, like with the Water types that you know are going to have Ice type coverage. And since so many of the targets of Ice type moves are quadruple weak in the first place, the Same Type Attack Boost an Ice type Pokémon gets is often not necessary to reach various KOs.

But give them a chance, and Ice types might surprise us. They can’t all be bad right? Right! What is considered by many to be one of if not THE worst type in the game has had a number of its representatives do excellently in the VGC format over the years. So this winter, we shall salute a few of the Ice Types That Could. These Ice type Pokémon have been extremely successful in the VGC, and show that even what we consider to be a terrible type can generate not just one, but TWO World Championship-winning Pokémon.

Abomasnow will NOT be discussed in this article in spite of the fact that his presence in the VGC is absolutely noteworthy. But last year’s Hail article largely revolved around the Snow Yeti already, and other Ice types deserve a chance to shine as well.

For Lapras, the OG of Ice types that has been around even since Gen I, VGC 14 was a really good year. Lapras received a fantastic move that is currently only available to a few number of Ice types with the advent of Gen VI, Freeze Dry, and there were fewer Water Pokémon to pick from (although still an awful lot overall) for VGC 14 thanks to it utilizing only the Kalos Dex. These factors culminated into creating the perfect icy storm for Lapras to do well in, and do well it did! Lapras was more successful in VGC 14 than it ever has been in any other year, making it all the way to the Top 8 at Worlds, not in spite of its Ice type, but rather, technically because of it.

If you are using Lapras instead of one of the many other Water types available, odds are very high you are doing so because Lapras can learn Freeze Dry, an awesome Ice type move currently available ONLY on a select number of Ice type Pokémon. Freeze Dry Lapras actually presents the perfect example of a situation that justifies using an Ice Type Pokémon instead of just tacking on Ice type coverage. For anyone who has never encountered the move, Freeze Dry is an Ice type attack that is Super Effective against the Water type instead of being resisted by it. When you consider the offensive prowess of the Ice type before turning Water weak to Ice rather than resistant to it, it positions Lapras in a useful and very unique position that allowed it to be so successful.

Lapras is the most viable Freeze Dry user available in the VGC format largely because it is the only Ice type Pokémon with the move that is not only resistant to Water attacks thanks to its Water typing but also potentially immune to Water type attacks if Water Absorb is its chosen Ability. And when you combine the bulk of Lapras, its immunity to Water, and the fact that Freeze Dry is the only move in the game 4x effective against Kingdra and Ludicolo (as well as Swampert and Gyarados without having to tack on Grass or Electric coverage), and that it gets STAB and is still super effective against Politoed even if it isn’t 4x effective, Lapras becomes a really strong check to Rain teams while still accomplishing a whole host of other things. It can also still function as a bulky Water type, has access to STAB priority, AND it can learn Perish Song (which was much more popular in VGC 14 than usual).

When people think “partner for Terrakion” the first Pokémon that likely jumps to the front of your mind is Whimsicott to form the famous TerraCott combo. But Weavile has been a proven partner for Terrakion in the same vein in the VGC as well. Being naturally faster than Terrakion, Weavile can use Beat Up on it to the exact same effect, but provide a lot more additional offensive pressure than a Whimsicott would. Whimsicott offers a lot more support with Prankster, and I would rather use Whimsicott with Terrakion than Weavile, but the fact remains that Weavile is a proven viable partner for the most popular Muskateer ‘Mon.

Weavile has proven to be viable in the VGC on its own merits without a specific partner, however. It offers an extremely fast Fake Out to support its team with (reason alone to consider using it) and is THE best user of the Pickpocket Ability. Frail as it is, Weavile will usually wield a Focus Sash (so weaknesses don’t even matter), and after Focus Sash activates, Weavile can Pickpocket an opponent’s item before going down. Dark is a surprisingly solid type in the VGC as well, probably in no small part due to the ubiquity of Trick Room in the VGC since the overwhelming majority of commonly seen Trick Room setters are either Psychic or Ghost types. And with Steel no longer resisting Dark, very few things resist both Dark and Ice, while many things in the metagame are weak to one or the other, if not 4x weak. Offering support, spades of speed, and the power to make its highly offensive typing a legit threat , Weavile can do a lot for a team and utilizes its Ice typing to great effect offensively, while being so frail anyway its many weaknesses don’t make much of a difference anyway. Now THAT is an approach that takes advantage of Ice typing and minimizing its flaws.

Cloyster is a VGC World Champion. I bet you didn’t know THAT tidbit, huh? But although most conversation about the VGC centers around Masters Division, back in 2012 in the Junior Division Abram Burrows became a World Champion title holder using Cloyster – a Pokémon older than he is (and if that doesn’t make most of us feel old, I don’t know what will)! 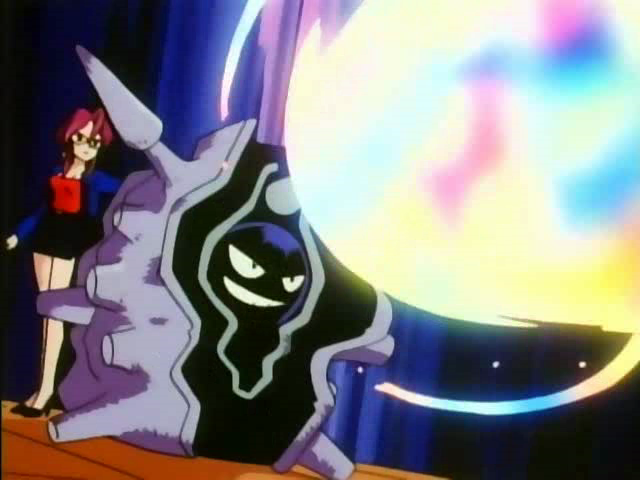 Holding a rather unique position in the VGC thanks to the unique combination of its typing, the Skill Link Ability, and STAB Icicle Spear, in spite of its (Special) frailty, Cloyster can be an extremely threatening Ice type to face, capable of blasting through Substitutes and still dishing big damage after that (not unlike Mega Kangaskhan does now). Making up for the defensive faults of the Ice type by being used extremely aggressively to capitalize on Ice’s great offensive merits, Cloyster can utilize Shell Smash to become a vicious offensive destroyer, or, alternatively, can utilize a Choice Scarf to outspeed and OHKO a slew of various threats between Razor Shell and Skill Link-buffed Icicle Spear and Rock Blast. Abram Burrows utilized the latter. Do keep in mind that Cloyster reached its zenith in the VGC before the genies received their Therian formes and Mega Evolution was a thing, though. While it could probably still be used successfully, it would be much harder today than it was in 2012. 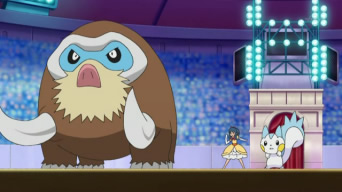 2013 AND 2014? Clearly Dawn knows the secret to picking Pokemon to win the VGC World Championships.

Of course Mamoswine is a great Pokémon. When people try to think of viable Ice types in general, Mamoswine is bound to be one of the first to come up. Ground typing compliments Ice on it fairly well, too, with Ground attacks threatening Steel and Fire types and Ice attacks threatening Grass types. Plus, Thick Fat erases one weakness and gives Mamoswine another resistance, somewhat patching up the Ice type’s most prominent problem, and carrying that big of an Attack stat as well as possessing STAB priority Ice Shard to capitalize on when there are so many things 4x weak to it is fantastic. A super strong Earthquake and THE strongest Icicle Crash in the game mean Mamoswine really makes the most of its highly offensive typing. And if you ARE using an Ice type, it is most likely for the purpose of capitalizing on its offensive value, so being arguably THE best physical Ice type in the game definitely helps realize that goal.

And the successes of World Champion Ice types Cloyster and Mamoswine teach us a valuable lesson in how to make Ice types sparkle like fresh snow: if you want to get an Ice type to become a World Champion, give it a Choice Scarf. Like Abram’s Cloyster, Mamoswine became a World Champion with a Choice Scarf, nailing threats such as the Genies before they can act with its unparalleled Icicle Crash (and Mamoswine’s fast Icicle Crash is exactly what won him his final match – worth the watch). Since Ice is riddled with so many weaknesses, it does make sense that one of the best ways to utilize the typing is to attack first and hopefully not get attacked back, which a Choice Scarf definitely helps facilitate. All of the Pokemon mentioned today have either have Ice priority  via Ice Shard (Weavile, Mamoswine, and even sluggish Lapras), are naturally really fast (Weavile), can boost their Speed with the right move (Cloyster), or made it to the top with a Choice Scarf to ensure they were fast enough for success. And although Abomasnow is not the star of this article and I tried not to mention it, Abomasnow, too, has Ice Shard for priority and is almost always on a Trick Room so it can go first (and frequently used a Choice Scarf before getting a Mega, too).

That’s it for this week’s Double Trouble. Until next time, PUCL. And Merry Christmas to all, and to all, may your Ice types go first and get theOHKO!