Double Trouble: VGC 17 on the Horizon! Alola to New Mechanics!

Double Trouble: VGC 17 on the Horizon! Alola to New Mechanics!

Prepare for trouble, and make it a double. Wait, what? It must be time for another installment of Double Trouble!

With Pokémon Sun and Moon literally just days away, the hype is growing bigger than the recent supermoon – which would perhaps be something to nickname your Lunala. Virtually everything from the game has been leaked, and VGC players are already preparing for a still-nonexistent format.The cusp of a new generation is always an exciting time for Pokémon fans, and this one is no exception. As with new generation, new mechanics will be introduced and old mechanics will see changes. Without revealing anything that hasn’t been officially shown, here are five things I am excited about for VGC 17!

Of course I am looking forward to Z-Moves; they’re shiny and new. They are also much less predictable than Mega Evolutions because ANY Pokémon can hold a Z-Crystal and use the appropriate Z-Move as long as it knows an attack of the correct type; the possibilities seem vaster than a Spinda’s spot patterns.

I expect this will allow for a lot of creativity in teambuilding that can catch people off guard. And the fact that they will only effect a single turn in battle makes timing their usage critical.

Plus, they just look really cool (although some more than others). And isn’t that reason enough?

Priority is such a valuable thing. It’s extremely strong, and it has been getting stronger and stronger with each generation. Gen IV gave us Technician which sees great use on the likes of Hitmontop, Breloom, and Scizor for their priority attacks. Then Gen V gave us Prankster, which is a complete beast on its own for so many reasons. And just when you thought something they couldn’t outdo themselves at inventing dangerous uses of priority, Gen VI threw Gale Wings at us so we could all learn to deal with STAB priority Brave Birds. Ugh.

Don’t get me wrong. I love using priority, myself, as much as the next person. But with more and more dangerous things having priority, it is nice to see some measures being provided in Gen VII that combat priority. Bruxish and Tsareena both have abilities that block priority attacks. Perhaps even more devastating to priority is Tapu Lele’s ability, Psychic Surge, which brings with it the new Psychic Terrain which prevents all priority moves used on the field. Whether this will include Talonflame’s Brave Bird (although if you’ve followed the leaks…) remains to be determined since most Terrain effects only apply to grounded Pokémon, but either way, these are all delightful tools people will now have access to for combating dangerous priority attacks in this VGC format. And people will have to be much more mindful about packing lots of priority moves onto their team.

Because weather wars are passé (not really, but who doesn’t like new things to play with?). This is entirely conjecture on my part, but I expect terrain wars to be a big part of VGC 17 since the guardian deities of the islands of Alola have abilities that automatically summon them, three of them boost the damage of different types of attacks, and their status-related effects have huge consequences for a battle. Especially since we can expect the guardian deities to have solid, competitive stats by virtue of being legendaries.

For a doubles format in particular, there are a lot of intriguing considerations to account for. For example, immunity to Ground attacks is a highly valued asset in doubles because it gives you immunity to Earthquake, perhaps allowing a partner to utilize the move. But many of the terrain effects only apply to grounded Pokémon. Whether or not you want Pokémon to be grounded or in the air at a given moment becomes much more complicated when you factor in whether or not you want your Pokémon to be immune to sleep but susceptible to Earthquakes. The Levitate ability, generally coveted in doubles, will now carry with it pros and cons instead of just pros. I am really looking forward to seeing just how this effects the format and which terrain effects become most and least prominent. And balancing terrain on top of weather means you are going to have more things to stay on top of then ever before!

Less Popular Pokémon Getting a Chance to Shine

Whenever we have a Regional Dex to work with for a VGC format, various Pokémon that do not always get to shine in the spotlight wind up seeing great success. The more limited pool of Pokémon to pick from combined with all of the features unique to a doubles format give allow certain Pokémon to become breakout stars with niches nothing else can fill. Back at the start of VGC 14, for example, I do not think anyone would have expected Ludicolo to become one of THE most frequently and successfully used Pokémon of the format. But between Fake Out, the ability to check Rain teams with just one Pokémon, and access to recovery in the form of Giga Drain combined with its great special bulk with an Assault Vest, Ludicolo was able to do a lot for just one slot and saw more success than it ever has in any other format.

What will turn out to be VGC 17’s Ludicolo? I cannot wait to find out!

A Vacation… From Mega Evolution

As the region inspired by Hawaii, it is easy to make allusion to vacation when discussing Alola. But I really am excited to have a break from Mega Evolution. Mega Evolution is great. I think it was a brilliant idea to bring new life into the series, reinvent old favorites, and add an exciting new mechanical layer to battles.

But Mega Evolution is also pervasive to the point of omnipresence. It is essentially a foregone conclusion that your team will have a Mega Evolution on it. To NOT have one is to deprive one’s self of a powerful resource and to put one’s self at a disadvantage. And I really do not have a problem with that, although there are those who do, claiming it stifles creativity. 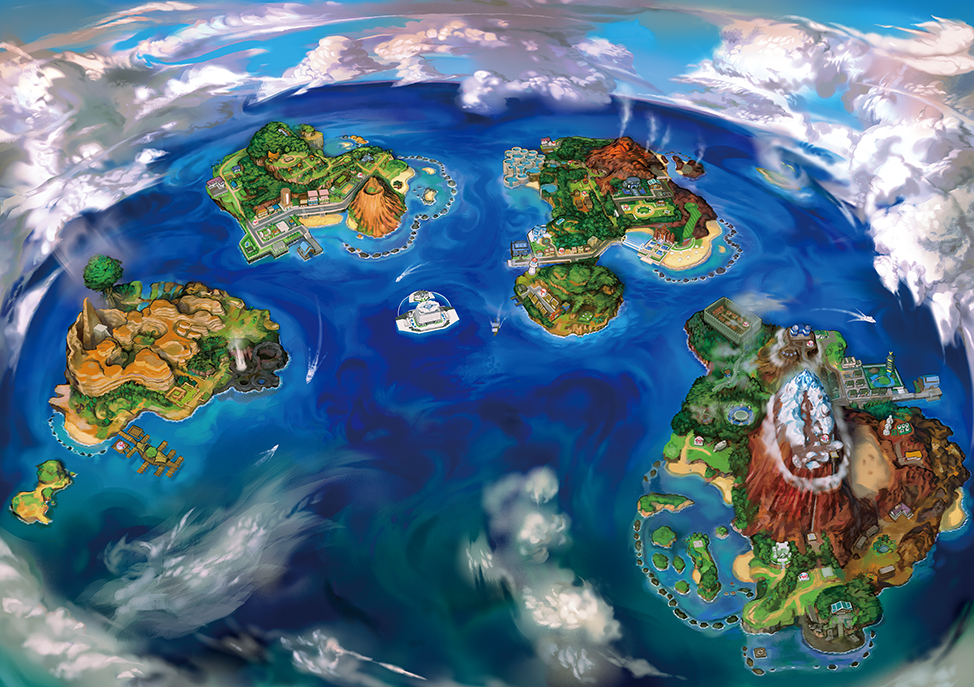 But my point is that if you ever want a break, even a short one, from Mega Evolution, your options are really limited. VGC 17 is the gift of a new format untouched by Mega Evolution. And by the time it ends, I know I will probably be more than excited to get back to using them again. But it’ll be a pleasant respite until then.

What are you most excited about in Alola? Until next time, PUCL. Sun and Moon will be out before you next hear from me!